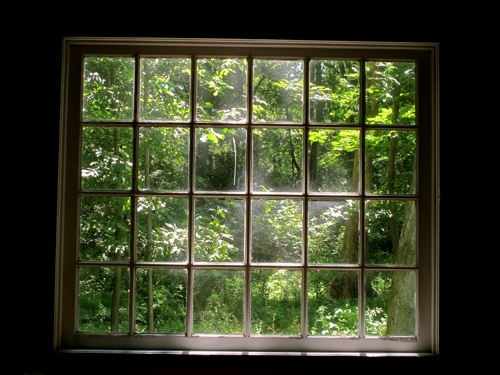 Be open about what's real: feelings, experiences, how decisions get made, finances, and more. Transparency arises from a belief that the free flow of information and taking action in direct and honest ways best serves group needs. Handled well, openness nurtures trust, collaboration, and authentic community.

To the extent that we can be open with each other about our feelings, desires, concerns and experiences, we build trust and get closer to fulfilling our purpose. Openness about power, organizational structure, and finances puts everyone on the same page.

How a group is structured at the beginning influences dynamics around being open. It's easier to build in Transparency from the start than to change the culture later. Part of this is what gets talked about, and when and by who--do conversations take place in the full group or in small groups, during scheduled time or outside of official sessions? Another part of it is about the group's ongoing arrangements, like whether access to minutes and financial information is open or restricted. Transparency can only take place where trust is present, and the sharing of information builds trust.

If a group is not feeling safe to be fully Transparent due to submerged conflicts, power differences, or other factors, you may need to be careful or slow about how this pattern is brought in. For example, formats that offer a degree of anonymity provide some buffering for people who may be justifiably scared of the consequences of speaking out.

Transparency can create a safe space for truth-telling, and can acknowledge when it isn't safe to tell the whole truth.

It can be encouraged through exercises that encourage candour. Facilitators can also work before the event or behind the scenes to identify situations where people are suppressing what they know or feel and 'surfacing' them, perhaps anonymously.

Facilitators are well positioned to model transparency for the groups they are working with, and their behavior helps set a tone for the group. As John Foster says, "It's more functional to share when you are stuck or don't know than it is to pretend you do"--you can always ask the group for next steps. Or if you do know what to do, you might say, "At this point, I am choosing between xyz and abc, and evaluating it based on efg." Modeling transparency also supports the education of emerging facilitators, as well as assisting in averting the potential for misinterpretations of a facilitator's intent.

FUTURE EDIT: Bring in IAP2's ladder of participation as a tool.

ZEGG Forum and their American spin-off Network for New Culture

Peter Block's book Flawless Consulting and Geoffrey Bellman's book The Consultant's Calling both address the importance of authenticity and being willing to say what is as part of the facilitator's craft. 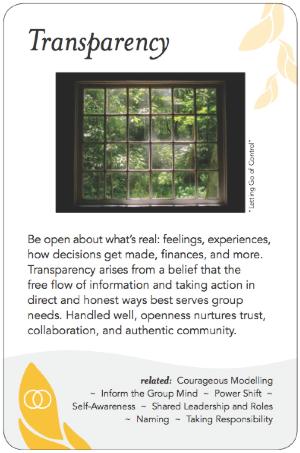